Taking on the Angry Vegans 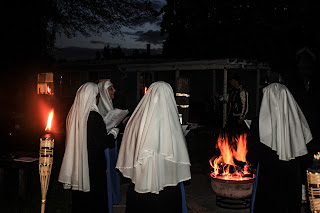 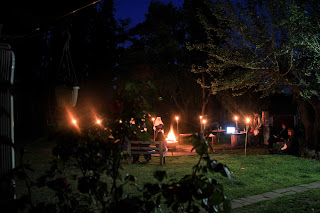 Taking on the Angry Vegans

The first polarity is ridiculous.  The second is necessary.  The third is tiresome.

Followers of the Word

There are those who believe the Word and those who don’t.

Oh, did you think I was talking about God?  Don’t be ridiculous.

If you still want to talk about the Word of God, you have to realize that we see you as if you are standing on the railroad tracks, reading your Bible, while a high-speed train is bearing down on you.  We aren’t going to have that discussion with you, not now, not while the children of the planet are in great jeopardy, probably – not ever.  Not while sixty species go extinct per day.  Not while McDonalds and Taco Bell are still paying thousands of people to figure out new ways for you to eat meat.

If you want to talk about your relationship with Creator Goddess, then let’s start by talking about the one and only truly great gift she gave us, Planet Earth, and why we are trashing that gift.  Let’s talk about why we made it cultural (and we’re exporting that culture around the world, rapidly) to have extinction on our plate for every meal and every snack???

If I spend all the money in the world building my children the greatest, coolest, more exotic and exciting place to live and they spent all their time killing the plants to feed the pets to kill the pets to eat them, I  wouldn’t be happy.  Yet, this is what we are doing with the planet given us as a gift from our Creator.

The other day, as I was coming home from the gym, I had a Christian talk show on the radio and the minister was so compelling, that I was still sitting in the driveway listening to him, a full twenty minutes after pulling in.  He was systematically laying out the extinction of Christianity and how it came to be.  And everything he said was truth.  Until the end.  I thought the punch line should be, ‘So now, with Christianity on the brink of extinction, we have, the Weed Nuns!’  Wouldn’t that be remarkable.     No, his speech ended with the conclusion that Christianity is going extinct because we are at the eve of the rapture.  Click.  I turned it off and carried on with my day.

The one sentence the Baptist preacher said that stuck with me was this one:

“We (the Christians) are sitting making daisy chains in the dark night of the globe, while the great masses of people are finding ways to cope without us.”  Hence, the sprouting of weed-nuns?
People have traded up arguing about invisible gods and invisible fetuses for real talk about highly visible and effective plant-medicine.  That’s an upgrade in the planet’s conversational IQ.

In re-cap, the first bi-polar group is those who believe in Cannabis’ medical powers and those who have never tried it (the dis-believers).

The second group is those who are spiritual and those who are not.  I let them be.  I think the planet needs our cynics and disbelievers when it comes to religion.  They are quite beautiful and quite necessary.  They are here to make sure no one drinks the cool-aid and every religion should welcome the non-believers as witnesses to the religion’s ‘do-no-harm’ ethics.  (They all have that ethos, few follow it.)

We only honor the disbelievers of spiritual and unseen things.  (Bill Maher disbelieves all spirituality and we love him.  That is his job.)  On the other hand, we do not honor people who disbelieve science, facts, and physical things happening right here, before our eyes, on the physical plane.  Climate change deniers, be gone from us.  Libertarians, be gone too.  We follow best example.  We want our children to have the same quality of life they would have if they were Dutch, German or Canadian.  We don’t want them to continue this system of being second-class-citizens of the developed nations.

There’s no other way to address this issue but to say plainly that Angry Vegans are not helping the plant-based diet cause.  We know you are angry!  We get it!  Someone though it better to raise livestock for slaughter over something less slaughter-ish, like, say, eating beans.  We agree.  It was stupid.  It is stupid. And one day, we promise you that the Sisters here in Merced will get drunk enough to break into Foster Farms and free the chickens.  We will do that.  We’ve heard real nuns do shit like that and we want to emulate them.  It’s on our bucket list.  Promise.

After three years of failing at veganism, this past January, as new years’ resolutions swirled around us, we decided to take a much more practical approach to our dietary restrictions.  And a religious approach.  ‘Religious’ means ‘have fun with it for no apparent planetary reason, just imaginary reasons’.

2.       Full Moon to New Moon – Meat Is Permitted Daily, once per day only and not to be mixed with cheese, eggs or other animal by-product foods

5.       We are Activists and in Service Daily to the People, we cannot afford to go to bed hungry.  If your stomach is growling at bed-time, you are allowed to eat meat.

6.       You are allowed to eat meat that was prepared prior to the new moon and would be thrown away if not eaten (make no waste of sacrificial meat)

7.       Never mix meat with the milk or dairy or by-products from the same animal

8.       Meat is allowed at restaurants when traveling, but only once per trip (if in moon cycle)

Why is bacon the sacred exception?  Because Sister Kate’s Chinese astrology sign is the Pig.  This is just as reasonable as saying twenty million Catholics will eat meat on Friday.  Their reason was because the Catholic church invested in fisheries.  At least my reason has no economic motive.

We are Beguine revivalists.  Our ancient mothers had to have eight children to see two of them turn eighteen years old.  That means they buried three of four children they gave birth do.  We think that had a lot to do with diet.  We don’t think ‘no meat’ is the way.  We certainly think WAY LESS MEAT is the way.  And we think every family and tribe should find its own path to a plant-based diet.  We think the more creative that path, the better.  Here’s the thing, though.  You can’t hate on people for not being vegan purists.  If you do, you lose the battle of moving more plant-based.

What happens when you go two full weeks without meat?  You can’t go back to eating meat once a day, you’ll get sick.  WE learned.  So even though it is allowed, most of us stay plant-based most of the time.      But if someone gets angry and ragey, we tell them to go eat meat.  It means, go satisfy your animal spirit needs in some other way.

We are angry activists, because happy activists are shitty activists.  There is a place for anger and for ferocious animal energies.  We think we need our meat.  We think the animal energy helps us be the ferocious women we need to be now, in this dark night of the globe.  But we recognize that meat-eating is ruining this planet and the trends have to go the other way.  We believe our way is a helping hand in sending the trend in a new direction.  We don’t mind that the vegans are angry with us.  They too, have their place and anyway, without angry vegans, we would have way fewer recipes.

Corn and grain, meat and milk, on the table before us.
Hands and hearts come together to nourish and restore us.
Bless our food and bless our folk and keep us in your grace,
Ensure this sacred walk we take respects this sacred place. 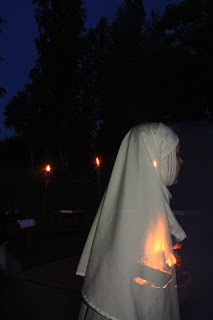 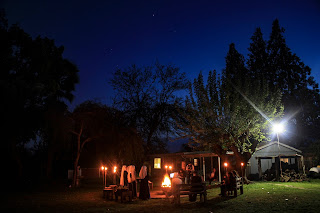 Posted by cannabiskateincalifornia at 12:54 PM 51 comments: