If it weren't for my activism, and the wonderful people it blows into my path, I would have probably hung myself by now over the farm construction delays.


I moved here (to the central valley of California) shortly after spending eight years in Amsterdam and after my fourth month, I asked someone, 'it hasn't rained, does it ever rain here?'


I know it really does rain here, but not like Amsterdam rain. Not like Seattle rain. It rains here politely, in the middle of the night or the early morning hour, and vanishes before it can spoil one's day. In Amsterdam, it would rain for weeks on end, morning 'til night, sometimes never seeing daylight, the darkness of the night blending seamlessly into the darkness of the morning. And the rainy season lasted months.


Then came the central valley drought.  And I became one of those people who prays for rain.  Never thought that would happen . . .


And then my prayers were answered, right when I moved to a farm with construction going on, with no heat in either homes, lights intermittent, plumbing intermittent, and laundry facilities non-existent, both kitchens under renovation . . . and then, only then, do we get rain.  No rugs . . . mud everywhere.

One of my growers texted me the other day and said “Did you pray for this shit?”  It made me giggle.  Not recently, I told him.

I have a space heater in my room and I wear a miner's lamp on my head to cross the property from my office to my bedroom at the end of each day.

I never anticipated how hard it is to concentrate and get work done, with pounding, sawing, buzzing, and banging going on. I have cabinet doors on the closets in my office now, but by the time the carpenter was gone, I also had a severe migraine.

And all the surprise expenses that go along with a renovation require that I keep constantly updating the books and watching the accounts. The bathrooms that were supposed to cost $7K in total (two totally gutted and re-built bathrooms in the blue house) ended up costing $1,600 more because we had to re-do plumbing and then re-do tiling because the problems with the plumbing weren't discovered until after the tiling guy was done and out.

The RV that is being renovated to be a bungalow for Brother Zane, well that ended up very poorly with the first contractor, so we paid $400 the first time and got nothing, and then paid over a thousand to get the job done. They have a saying in Holland that goes "I'm not rich enough to afford cheap goods." It rings in my ears as every day, the cost of the less costly options eats away at our funds.

The homeowners insurance company, in just the last few days, handed me a list of things that need repair and none of those things were on the lists of the three construction teams on site. They are mostly trees-brushing-buildings, eaves not painted (?), tree limbs touching roof-tops sort of things that we were going to get to anyway, we just now have to get to them sooner.

The wonderful, beautiful custom kitchen for the abbey that allows six women to work comfortably together around a dual level center counter, turned out to be an additional $2,200 for the countertops than planned, then budgeted, and we aren't getting marble or anything upscale . . .

There was one plumbing company out here a few weeks ago that fixed some $600 worth of plumbing issues, but left $500 in damage for the water they left where the tile work was still in process and they won't answer my calls.

After two full days of spending time with the run-away expenses, realizing that over $5K is unaccounted for, and that all the contractors have not been turning in all their receipts, and after making my own staff crazy in hunting down the mystery expenses, the corker of it all was learning yesterday that five bottles of 151 proof alcohol, alcohol we use to make tinctures, ‘went missing’ during the reconstruction.

We discovered this in front of visiting media, here to film us setting the batch. If we had any drunks working on the re-construction, I would know it.  I doubt that it was any of our workers, or maybe I am naïve.  We did hire mostly people who were very hard up for work and we have had volunteers on site.  I don’t think it got into the hands of minors, because we haven’t had any here.  I think it’s more likely someone took it to sell it on the black market to get some grocery money.  That’s my preferred scenario, I guess (as if getting robbed can have an upside!).  It screwed up our plans for a big alcohol tincture batch (we’ve been sold out for awhile), but we will recover.

I am resigned to spending the next forty to sixty hours trying to straighten out overcharges, bank issues, potential fraud . . . argghghghghgh. I just want to hang pictures and unpack.

On the brighter side, in the last twenty-four hours we got lights on and heat on in the abbey.  Brother John in New York rescued us on our countertop overage for the new abbey kitchen, and those will be installed the 29th of March.  God willing, that will be the end of this little adventure.

Visit our ETSY store to see our products:  www.etsy.com/shop/sistersofcbd 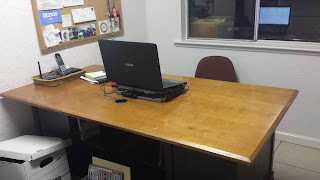 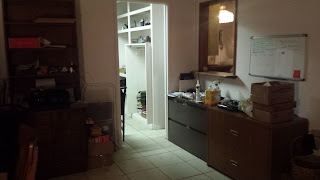 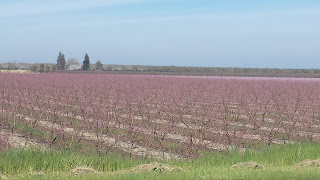 The View on the ride to Merced. 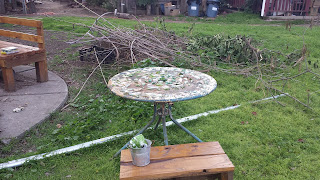 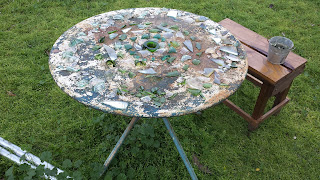 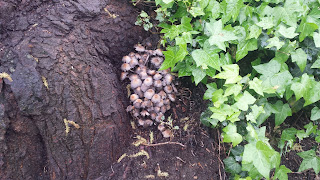 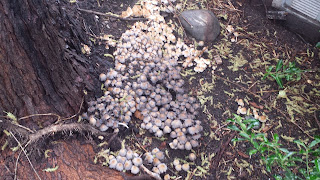 We went to explore and found many more! 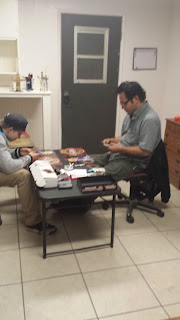 The Brothers having some down time. 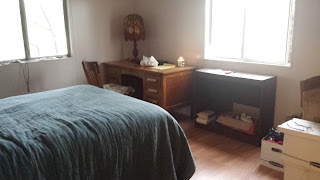 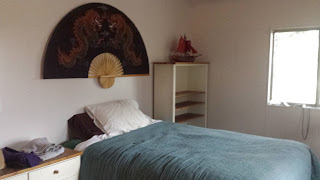 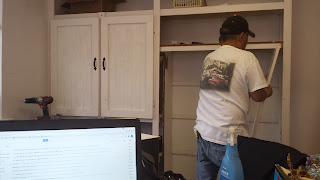 Our carpenter at work. 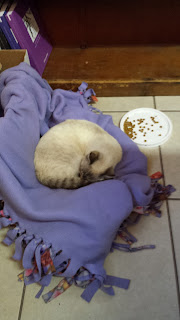 The cat hasn't agreed to the terms of the Harmony Agreement (no pets in the homes, we have three barns!).  She had her first menstrual cycle and was miserable and because of the rain, the brothers let her in.  Here she is camped out in my office.  Her name is Oscar.  Yes, we didn't know how to sex her as a kitten . . . her counterpart, Molly, is a male (as it turns out).  We got that all wrong.

Posted by cannabiskateincalifornia at 10:49 PM 6 comments: