Never let other peoples’ voices or opinions take priority over the voice of your own intuition.  And always be leery of advice from family.

If Florence Nightingale would have listened to her family, hospital reform would have happened a hundred years later than it did.  I am convinced that hundreds of thousands of soldiers would have died in hospitals over the course of a century, if Florence Nightingale hadn’t taken up her activism, from her bedroom, where she spent most of her life.  She was permanently grounded, because her parents thought it was unfitting for a Lady to be working.  She worked anyway and she even worked for the US government, who sought her counsel when establishing civil war hospitals.  All from her bedroom.  Because her folks wouldn’t let her go out to work.  Long before internet.  Long before telephones.

As a young woman, she convinced her family to let her volunteer at a hospital in the Crimea.  She only served six months -- but she was a numbers girl (like me) and she figured out quickly that more men died in the hospital, than in battle.  The hospital was built over open sewers.  The hospital staff didn’t have procedures for cleaning tools; infections spread.  The food fed the patients didn’t take into account their illness.  Some died from malnutrition or complications from aggravating the stomach lining.

She went home to England after her assignment was over, and pleaded with her parents to allow her to go to nursing school.  They refused.  So she retired to her bedroom and for the next fifty years, she reformed hospitals.

She started a letter writing campaign, activist that she was.  She requested statistics and stories from nurses and patients from hospitals all over the world.  And the hospital workers and soldiers responded.   She was particularly focused on soldiers and became an icon of support for those boots on the ground.  She is my heroin.  She is the patron saint of the Sisters of the Valley.

Long before I was an activist/anarchist nun, I ran a pretty successful little consulting company.  I specialized in launching ka-ching machines in telecom, cable, internet, and energy sectors.

Nine years ago, I came across a locked and hidden business filing cabinet that contained the evidence.

Eight years ago, seven years ago, and six years ago, I spent three months per year dedicated to the task of piecing together the clues from that filing cabinet, to paint a picture of how and when the funds went missing.

Five years ago, I took my mounds of evidence to one of the best forensic accounting firms in the world, and begged and pleaded with them to take my case, even though it was a forty-thousand dollar plus project, and I could only pay them one hundred dollars per month for their help.

Three years ago, the IRS investigated the thief and charged him with a felony for ‘structuring transactions’.  He was really moving money all around the world, to keep me from finding it.  I had both my attorney (bless her soul) and the forensic accounting firm demanding statements and more statements from him.  Every time he had to disclose, he would move the funds again.  He moved over two hundred thousand dollars into North America, from South America, in amounts of $9,999 every month until it was all over.  He knew the ten thousand dollar limit would trigger a report to the IRS; he wasn’t very bright about how he did his thievery.  He negotiated his way out of going to prison by paying the IRS that whole bucket of my money.

One year ago, with him sitting at his attorney’s office in Kentucky, and me in mine, he agreed to give me a check for one hundred seventy thousand dollars, and the required wording to notify the IRS “Hey, you know that money I paid to get out of jail free?  It wasn’t my money to pay.  It’s Kate’s.”

It’s important to note that I took on a lot of debt to fund this battle.  I had three kids in middle school and in order to help my brother save his house, I moved to one of the most economically destitute corners of the world.  From that first round, last summer, I got my attorney and the forensic accounting firm paid in full, my mother paid back, and eighty percent of my other debt cleared.  I also got to buy a new car for the Abbey and it afforded me the luxury of launching the tea and tincture business – in style.

One half year ago, my attorney filed a request to get the money back from the IRS.  And one week ago, I received those funds.  (Hell, yes, I did a jig!  My victory jig lasted days!)

When I notified our attorney in town, he said, “Good God, Kate, I’ve never heard of anyone wrestling that big of a chunk of money out of the hands of the IRS, so quickly!  I think I am in love!”

The victory was all that much the sweeter, for the nay-sayers, actually.  It was all the sweeter because no one believed I could make this happen.  But I was determined.  “Pitbull with lipstick” determined.  There were many times during the ten years that I was frustrated to tears . . .  especially when he would make counter-offensive attacks.  He attacked me for full custody, demanding from the Kentucky courts that I return the children to him, from California, within five days.  I remember I didn’t sleep and lost ten pounds over the two weeks following that.  I remember that he had the court order land on me ten days before Christmas.  It was its own horror show.

In the past year, he launched another counter-offensive, trying to ‘take me to court’ for my frivolous demands for copies of his bank statements.  (My attorney batted that away with no effort whatsoever.)  During the ten years, I lost count of how many different attorniess he has had representing him.  I lost count at six.  I still have my original.

A little sage advice to anyone who knows they are going to be divorced (marriage or business) and knows their partner is hiding money:  demand a ‘finder’s keepers clause’ in the final agreement.  Make sure it says that any money that you find (that the other party didn’t disclose at the time of the split), you get one hundred percent.  That was the basis of my whole battle.  That was the wording in the Agreement that kept the court doors open and ensured he had to respond when my attorney requested banking information.

Last summer, my attorney convinced me to ‘bifurcate’ the issues, or more accurately, ‘tri-furcate’, because there were three doors to walk through, at this final stage of the decade-long chase to find my business funds.  Door number one was last summer and those funds got me out of debt, got the new business launched, and got me a car that doesn’t break down monthly.  It made my life immensely better.  I love the Sisters of the Valley business, the plant growing and medicine making, the holistic, organic and earth-loving life, the reach of the internet to sell internationally.

Door number two is the money just received from the IRS.  It will give the Sisters of the Valley a home.  All the work for Sisters of the Valley has thus far been done in an overcrowded, rented, little house by the railroad tracks in a city best known for being a permanent occupant at the top of Forbes “most miserable cities in America” list.    The Sisters experience hardship in the cloister department, with growers, recovering addicts, and short-time college students co-habituating in our living space.  It’s really hard to keep sacred focus with rap music blaring from somewhere in the house, and mariachi  music blaring from a nearby neighbor.

This is all to say that the money from the IRS was turned over last Friday, and by Sunday, we had put an offer on a farm.  It has two homes and four barns.  It has a brother-house and a sister-house.  It has a guy place and a girl place!  It has canal water on two borders, and it has its own well.

Yes, instead of calling each and every one of the nay-sayers to say ‘nah nah nah-nah-nah, I was right and you were wrong’, I just went to work getting that farm we need.  I was a good girl (this time).

My personal credit is in the toilet after this decade long of being poverty level, food-stamp level, dirt-poor.  However, I survived and my kids are fine.  My oldest son is about to graduate from UC Davis, in December, as a mechanical engineer.  My youngest daughter is about to start her sophomore year at UCLA, and my middle son, with about two years of college behind him, and with his meth addiction behind him (knock on wood), is seriously considering just devoting his time to the farm and the business of farming for the Sisters.  I think it fits awesomely in with the Sisterhood plans, because if we can create a healing place for him to work, then maybe we are on our way to making such a place for other recovering addicts and PTSD vets and their families.

The sellers accepted our offer, but it’s a short sale.  So two banks are going to have to approve the sale price and we offered a price substantially below asking price.   And my own bank is questioning my ability to qualify, since the Sisters of the Valley has only been providing wages since January.  Maybe the whole amount will go to the farm and we will be back to being poor farmers, but we’ll be on our own farm!!!

I am anxious to have a vegetable garden and flowerbeds of dandelions.  Dandelions are the antidote to Monsanto, I do believe.  And we have to bring them back from the brink of extinction, because they are powerfully curative.

Everything is falling into place.  When you feel you have a calling, when you know in your heart that you have to do what you are doing, no matter how many people point you in the other direction, continue your march.  Listen to your heart.  Determination is everything.  None of this happened when I wanted it to happen – it all took too bloody long.  But I am winning.  And I still have Door number three to walk through.  Sometimes justice needs a little earth-place assistance.  Sometimes people just open their mouths and talk, without giving thought to your needs.  There were many times I needed encouragement, and I remember fondly those of my friends who did believe in me.  I remember.  I cherish.  Take whatever encouragement you can get, dismiss the nay-sayers, and whatever you do, don’t give up. 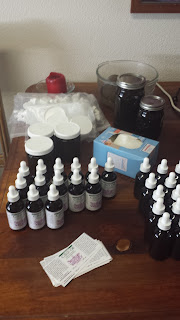 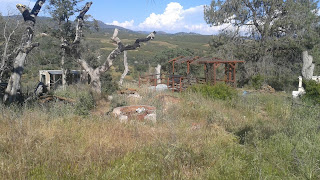 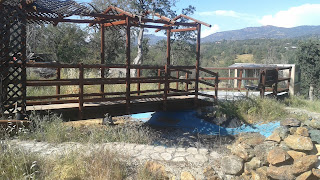 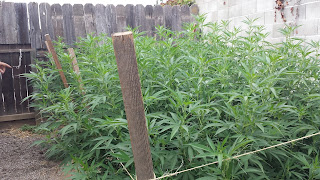 Posted by cannabiskateincalifornia at 11:34 AM