While I was living in Amsterdam, I wrote a book called ‘Thigh Freedom’, and what I remember from that is that my heroine of the story smoked a joint and the publishers made me write that out.  That was only fifteen years ago.  Now I fend calls with offers for movies, films, documentaries, animated series, on the very subject.  Now foreign governments ask us to come speak at their conferences on the subject, mainstream media asks us to smoke a joint for their cameras before they leave.  The Chamber of Commerce visits the farm and they all take selfies with the plants.  How much the world has changed! 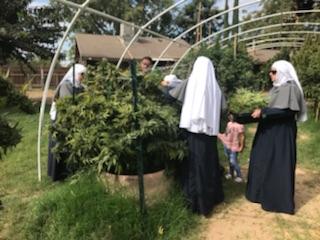 ‘Thigh Freedom’ (by the way) is a modern-day story where the heroine is trapped in a miserable marriage (I had to do something with all that divorce angst) and she reads a novel about her ancestral heritage and learns that pre-Christianity, according to Celtic lore, the month of May is the month where all married women get to exercise their ‘thigh freedom’ and cavort with other men – only married women with other married men (so as not to upset whatever was going on with the young courting folks).

It was custom and culture and if babies sprung from such unions, they were raised by the woman’s family, along with the other children, without a thought to genetic origins.  The idea captured my imagination (just for being so radical), and I wrote a modern-day story where the heroin decides that every tenth year of marriage, for the whole year, would be her thigh freedom year.  It seemed more practical.  More adapted to current times.  And she embarks on a journey which ultimately lands her back with her husband, living happily ever after.

In my own divorce situation, there was no happily-ever-after, so I poured my energies into that book as a form of therapy.  When the interested publishers told me that I had to take all references to weed out of the story, I lost my ‘zin’ for publishing it and it has sat on a shelf, since.

Xaviera Hollander, a friend from Europe, loved the book and encouraged me to get it published, but I didn’t have time.  I was distracted by a raging custody battle and the re-settlement of my children in America after nearly a decade in the Netherlands.

Eighteen months after returning to America, I found myself poor and frightened in a strange city, as I chose poverty and escape from Kentucky over staying trapped in a state that was presented to me as a temporary landing place.  My ex- talked me into moving to Kentucky from Europe (good God!), by convincing me that we would only live there temporarily.  But when I got to Kentucky, he informed me that I am penniless, he seized all my business funds, I should go ahead and divorce him, he said, because he had all the money and had decided to make his retirement permanent (with three children in middle school), and decided I could support us on my own.  He knew I would file for divorce -- he stole over a million dollars from my business, a business I founded and worked in, while he stayed at home and played house-husband with a housekeeper, cook, a gardener and a driver.

In the end, he wanted the divorce to happen in Kentucky where the courts favor their Kentucky boys.  I call Northern Kentucky ‘the penis fly trap’ for the way the men of that place trap Yankee women. 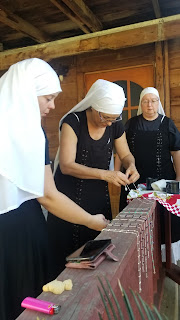 This was only one of two very dark and frightening periods of my life.  It was in this period, that Xaviera called and offered me an advance for ghost-writing a book for her.  It was a sex tip book for men, using the best of the best quotes from her 32 years publishing her ‘Call Me Madame’ column in Penthouse magazine.  Her tips for men are wrapped up in the philosophy that women have three clits:  a brain clit, a heart clit, and a body clit.  The heart clit has to be made to feel safe, the brain clit has to be made to feel ‘unsafe’ or challenged, and the body clit will follow.  That’s the nutshell of the wrappings, but there were great quotes from modern-day celebrities on the subject of sex and love.  My personal favorite is Sharon Stone’s:  Women may be able to fake orgasm, but men can fake whole relationships.  Boom!

Like many other people, I have wounds I carry and try to heal.  I have been betrayed twice by men I completely trusted, an ex-husband who stole from me, abused me, and then by a brother who pretended to rescue me, but made me homeless in a fit of temper and then stuck with it.  All of that formed me, however, and gave me the courage to set out and create a Beguine Sisterhood.

Although I am living a life of celibate devotion, I still love men.  I wouldn’t want to build anything without them.  I wouldn’t want to live without them in my life.  We have Brothers here now who take their jobs with us seriously.  They are grounded, respectful, protective.
I see the actions of my ex-husband and my brother a sickness in our society, where men beat their chests and make women and children homeless over pride.  All over a false sense of pride.  I want our children to have it a little better.  I want a world of less suffering.  And I certainly don’t believe that men have cornered the market on bad behavior.

On the farm now, after much turmoil, peace and serenity have finally arrived.  I didn’t realize when I set out on this journey five short years ago, that a large part of my job would be sorting out the bat-shit crazy from the regular-every-day crazy in order to keep us marching forward, harmoniously and peaceably. 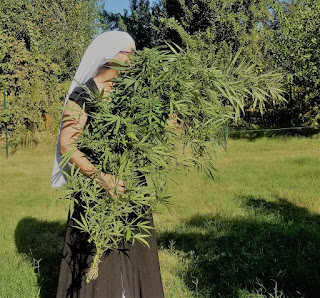 Our first two farm managers had severe drug problems that were well-hidden from us.  I call them Brother Tweeker 1 and Brother Tweeker 2.   It works like this, I hired them when they had both been poor for a long time and, thus, were clean.  And they were fine for two to three months.  As soon as financial stability came, however, they began indulging in hard drugs (not together, these were consecutive hires).  One we called out as soon as raging became a part of his normal activities with the sisters.  It appears he raged when he ran out.  And he wasn’t particular about who or what he raged about.

The man who replaced him, Brother Tweeker 2, had the same thing going on, minus the rage.  First two to three months – just fine.  Then financial stability comes from working and then come the hard drugs.  He didn’t rage -- he just started doing bizarre things like showing up on the farm on a Sunday afternoon and putting a lasagna in our oven (!) when it was 105 degrees outside – without a word to anyone, with just a nod, like it was normal and expected.  They weren’t crazy. They were addicts.

As we stand at the precipice of launching our second sister farm, I can’t help but wonder how the other sisters who will be managing the crazy they must juggle -- their own and others.  These are very crazy times and the energies of the planet reflect that.  Yet, it is vital to the growth of the sisterhood that we manage the people well.  That we select the right people.  We cannot be sidelined by individuals, when we have a global calling.  We will be criticized for our focus.  So, what?  Some will say, why didn’t you help rehabilitate those addicts?  Why didn’t you put medicine on those women?  The answers to that are easy for me.  Firstly, they didn’t ask.  Secondly, we do not exist to conform to the individual needs of the enclave.  We have a higher calling.  And we can’t be distracted by anyone other than our own people, when and if they need us. 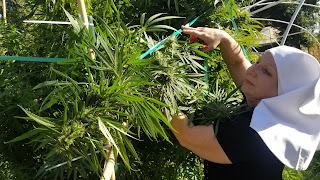 We spend all day, every day, getting the word out about CBD, taking calls from sick people, helping them figure out their path with the natural medicine.  We need strong people around us to help us fulfill the mission.  We are all broken a little, and we all need a healing place to live and work.  We require a healing place to work.  But that doesn’t mean we are Lourdes.  We don’t do miracles.  We are ordinary women who are on a serious mission.

Speaking of Lourdes, this past summer I had the opportunity to impersonate my own sister.  It was a hot August Saturday.  We try not to work on weekends, as we consider that a form of slavery.  It happens, sometimes, but it’s not our normal.  Our normal is the farm is very quiet on the weekends.  This Saturday, the doorbell rang to the abbey.  I was in shorts and a wife-beater t-shirt.  I quickly put a scarf on my head (as if that made up for the rest of me showing) and answered the door.  I saw a big tour bus parked outside and people with walkers and canes getting out.

The bus driver apologized and told me his tour wanted very much to stop here to meet the sisters and he complied.  I had no idea how they got our address, so I was stunned at first.
“The Sisters aren’t here today,” I said in wonder, trying to figure out how many people were on that bus.

“Where are they?” an elderly Asian woman asked.

“I don’t know.” I said, extending my hand to the bus-driver, to the old Asian woman who was, apparently, the ring-leader.  “I am Sister Kate’s sister, Shari, visiting from Wisconsin and I don’t know.  I think they went into the city to run errands.”

The woman had to adjust her cane a bit to extend her hand.  “Very nice to meet you, Shari, but we really wanted to see the Sisters.”

“I’m sorry, they aren’t here.” I said again.  The woman was very aggressive and persistent, making me repeat over and over again, that the Sisters weren’t on the farm – that no sisters were on the farm, and that I didn’t know where they were.  When she asked the fifth time, I said in exasperation, “I really have no idea what those bitches do on the weekends, I’m just watching the dogs for them!”  She finally admitted defeat.  I guess that was just un-nunly enough to do the trick.

I gave them the office number, asked them to please schedule their visit and sent them away with a tin of salve each, so they weren’t too terribly disappointed.  My sisters and brothers who are right now starting or figuring out how to start their own sister-farm, are you ready for this? 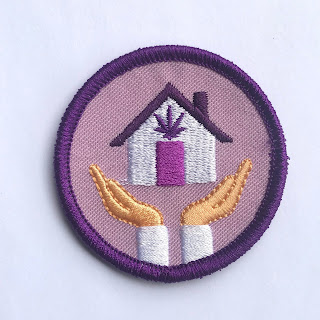 Posted by cannabiskateincalifornia at 8:55 AM