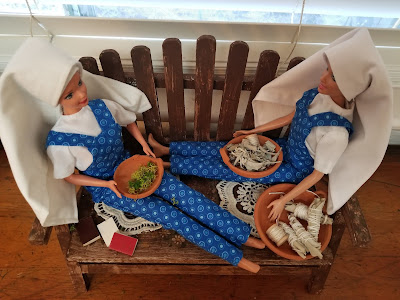 No, we haven’t resolved our business banking challenges.

Yes, Congress has passed the Safe Banking Act (for cannabis and hemp businesses), but the Senate hasn’t yet.

No, we can’t grow our operations here in Merced County.

Yes, we’ve already moved ¼ million in sales a year north to another enclave in another town.
Yes, we’ve replaced 4 of the 5 people who quit during the shit-storm, but those jobs were created for women two counties away, because, you know, it’s still a ‘no’ to having a business permit from the county.

The hold-up on business banking is because we don’t have this permit.  We have banks in North Carolina, Nevada, and Arkansas who will take us as clients if we just had that little piece of paper.  So our growth and progress is being stalled by Merced County. 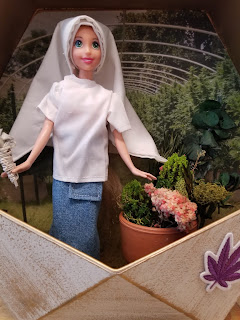 A politician from Washington DC came to see us this week.  Someone keenly interested in hemp for the planet and the people.  I won’t say if it was a congressman, a senator, or Trump, but it was one of them . . . and the entourage.

“Hook up with a University”, the visiting important person said.

“I would love to do that, Senator, Congressman, President” (can’t say), “But the problem is the Universities themselves are engaging in a tremendous amount of corruption in regard to researching hemp and cannabis.”

“I will give you two recent examples.” I explained.  “One is our very own UC Merced, where a $5 million grant from an anonymous pharmaceutical company was endowed on them to prove that cannabis smoking leads to cigarette smoking.”

The politicians roll their eyes.

“Yes, and it’s soooo very interesting that $5M was awarded but $3.5 million made it to the study group.  So there’s shit upon shit here.” 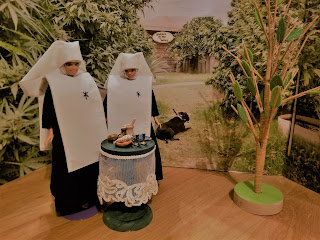 “Next example.  New York Medical Research facility.  Asking to purchase a bulk lot of our CBD oils for their study. Further questioning determines that they care far more about their money than the study, and want to give chronic pain users 3 mg a day of CBD.  Or 6, if they feel generous.  3 mg in the morning and 3 mg a night.  That is 1/10th of the starting dosage for people in pain.  I explained that the dosage was far too small and didn’t take into account the size of the patient.  They didn’t care.  We said ‘no’ to supplying them because they are trying to prove CBD won’t help, by giving the least amount possible.”

The politician person was perturbed, but not surprised.  Sadly. 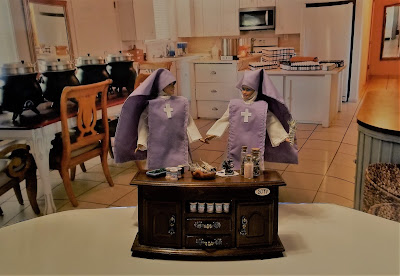 Every attack on us this year was solved by throwing money at it.  That’s how capitalism works.  The cease and desist, ka-ching, the movement of wholesale to another enclave, ka-ching, the quitting of two finance people who both left me surprise bills, $12K vendor bill and $8K legal bill, ka-ching, lost health insurance (it turns out Anthem Blue Cross doesn’t take payment in cash), stacked up taxes that couldn’t be paid (will be paid, but even being late on all this is something we didn’t engineer!), opinion paper from the attorneys -- ka-ching.  Mastercard compliance needs us to have an office in London and it can’t be Southampton where Matt is, where the money could benefit someone in the enclave, NOOOO, it must be a WeWork office and no one in our shop benefits from that . . . .the lawyers, the fix-it guys, the list goes on.

Every job became a work-from-home job and 4 of the 6 sisters were moved off the farm in order to stay compliant with our farm mortgage, to keep homeowner’s insurance.

All of these things together caused financial chaos we are still reeling from.  We never shut down our store, we never have had any problems with our credit card processors, and we only paid salaries in cash for one week.  We never switched to cash sales as the universe seemed to encourage us to do. 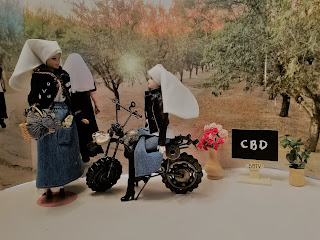 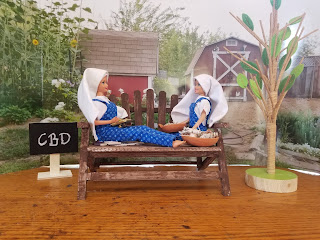 As I told every tax bureaus and professional who would listen, ‘If we have to go cash, that’s the same as shutting down, because I can’t put the sisters at risk!’

Three things are in the works to help us set ourselves right after the storm.  One, my ex-husband is likely to come through with a settlement from our court hearing in September.  Even though I have to fight for every dollar he hid, I do like to say to people ‘Do you like the farm?  My ex- bought it for us!’  And now, I am hoping this last court round awards enough to pay the debt we incurred this year and perhaps build us a greenhouse.  I can just hear it now.  “Do you like the green-house?  My ex- bought it for us!”

He’s a master at using the courts to delay, as evidence by the fact that this is our 12th year of litigation . . . . so plan A, though sweet, and just, has to come with Plan B and Plan C.

Plan B is to raise $30K by selling our metaphor dolls and if we can do that, we take some stress off the business.  They are kind of expensive, but all hand-made by the Sisters.  They are called ‘metaphor dolls’ because they are metaphors for throw-away women.  We find them naked and forlorn at flea markets, clean them up, give them spiritual, choice-filled, purpose-driven lives, and (unlike the real weed-nuns), they smile allllll the time!

Plan C is the hemp seed crop that will be harvested in front of Dutch filmmakers the end of the month.  We are designing the seed envelopes now.  All these seeds came from clones from Big Bertha, who sprouted suddenly, out of line, on her own, without intention, in the backyard in the Spring of 2018.  By the Fall, she was the tallest and grandest and she was the plant that Nesta crawled inside on Ollie’s music video, Sex, Weed, TV.  She was amazing and forgiving, and we abused her for film because she grew out of line.  There is a lesson in here.  She wasn’t important to us – because she grew out of line. 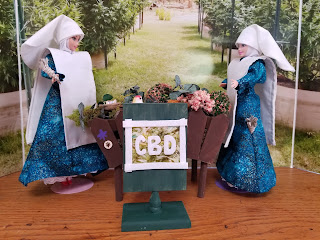 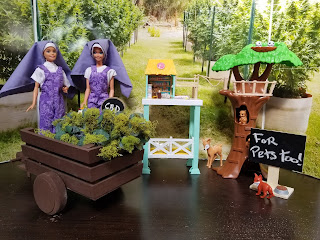 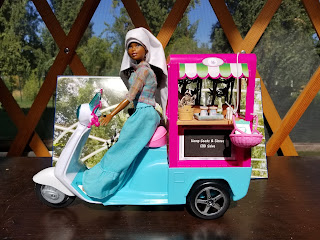 I remember the day that Rudy said, “Sister Kate, look” and he pointed to a little plant on the ground that was struggling to meet the sun, only about six inches tall.  “How did that get there?” I asked.  He shrugged.  “Just happened, I guess.  Random seed, wind, it happens.”

We just stood there for a moment staring at her.  “I guess you should put a little fence around her so that no one steps on her.”

“She’s out of line.” Rudy said, pointing to the rows of plants that were geometrically symmetrical.

“So am I.” I said dryly.  “Most of the time.”  Rudy must have liked my answer, because he took real good care of her and she grew up to give us over 12% CBD and less than ½% THC, as well as thirty clones that became our long season crop for 2019.

By the way, we didn’t set out to make a seed crop.  Because of the hemp ban, because of the cease and desist, and because of the loss of banking, all in the same month, we really thought we were going to have to shut down the business and move entirely to another county.  One doesn’t put a crop in the ground if they are planning to leave.  It was mid-July before we planted and we decided that because a plant crop would not be abundant, and because all the plants were clones of Big Bertha, we would engineer for a seed crop.  That’s how we got here.  Hoping to make lemons from lemonade.

Posted by cannabiskateincalifornia at 9:36 AM